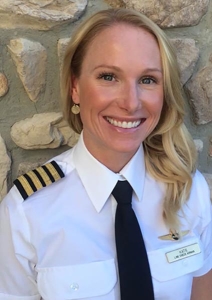 “I worked with Airline Transition Consultants and two weeks later I was invited to interview at Delta Air Lines. The next thing I knew I was confidently sitting in front of the interview committee accepting my dream job to fly for Delta. I can say with total sincerity that if I hadn’t made the call to ATC, I’d still be on the sidelines waiting for a call as pilots with less experience took their place ahead of me.

Seth and his team at Airline Transition Consultants are legit and know what they’re doing. Their application review skills are magical. I had my application in with Delta for well over six months and had a different high profile consulting company review my application. They made minor superficial changes and yet I still received no interview invites. I believed I was a shoo-in candidate considering my career and leadership experience as a captain and a check airman for a regional airline. I couldn’t understand why I wasn’t getting an invite to interview.

A friend referred me to Seth based on his reputation in the aviation community. His fee seemed high and I hesitated for three weeks before contacting him. Finally, out of frustration and dismay over my application, I made the phone call. Seth immediately pointed out several fatal errors on my application that were killing my chances of getting an interview. Sadly, these errors were both missed by the previous company and some were even based on direction given to me by the previous company.

Not only did Seth’s expertise get me an interview in a very short period of time, my perfected application helped score me an offer with my first choice legacy carrier because of the level of thoroughness displayed in my application. When sitting for the Human Resource portion of the interview, they began by telling me that my application was, “A sharp app.” They further added, “We can tell you spent a lot of time on it, it’s very thorough.” This is exactly how you want to come across in an interview. My application told them that I didn’t take short cuts and that I’m someone who pays attention to details. I was one of seven applicants that day and only three of us were offered the position. Although there were several factors at play, I know that presentation and professionalism plays a large part in their selection. The six hours Seth dedicated to making suggestions and changes, as well as the time I spent implementing them, was worth every dollar. I’d make the phone call again.

I sincerely want to thank Seth for his time, his expertise and his mad attention to detail. My only regret was waiting so long before calling. That’s my advice to you – don’t hesitate! His fee is minor compared to the future gains you’re missing out on by waiting on the sidelines. Thank you, Seth and the Airline Transition Consultants team!”